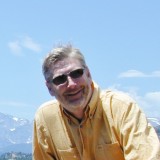 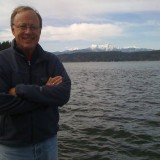 Bob has long enjoyed working with state grassroots conservation groups. He first became involved as a founding member of the Mono Lake Committee dealing with water rights in the West. Later he gained experience in investment management and has directed the Foundation investment process since 1996 from our office in Naples, Florida.

After more than 20 years as President of The Harder Foundation, Del retired in early 2015, turning the 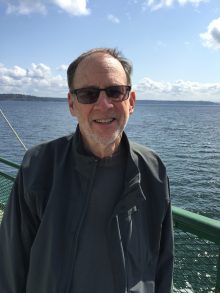 presidential gavel over to John Driggers.  Del will continue to serve as a Trustee; and as Senior Program Advisor, he will maintain his active engagement with our Alaska grantmaking program.  Earlier in his career, Del taught comparative religion and philosophy for 22 years at the University of Puget Sound, in Tacoma, Washington. His area of personal research was the implications for environmental ethics of symbols and values in traditional Asian cultures. Del has been an active mountaineer, sailor and sea kayaker, and a long-term volunteer environmentalist.  He began serving as an environmental program advisor to The Harder Foundation in 1978; became Vice-President of the Foundation after retiring from the University; and in 1994 was elected as its President.

Gabe Langbauer was fourteen years old in 1995 when he was inspired by the IPCC’s Second Assessment Report. His fleeting attempts to understand the human impact on complex biological systems led Gabe to pursue a degree in atmospheric science. Over the last dozen years Gabe’s passion for linking the natural world to humanity has led him to a successful career providing individualized meteorological support for complex problems. In his personal life, Gabe enjoys doing almost anything outdoors with his wife and young daughters. Gabe’s ability to find data driven methods to ease the burden on the human/environment interface led him to find a home on the Science Advisory Panel. His greatest hope is that his role on this panel will help protect public lands and Earth’s biodiversity 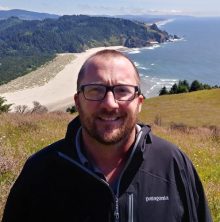